MRSC players are registered as well as carded with US Club Soccer. All US Club Soccer registered youth players, coaches and administrators holding passcards are insured by a secondary medical insurance policy that has a deductible. If any player is injured, parents must file your claim within 90 days of the date of the injury. To file a claim, please reach out to your Boys or Girls VP.

MRSC holds open tryouts each year near the end of spring season. At the same time, MRSC is always looking to add players during the season if there is a need for a specific team to add players (low roster numbers), as well as other circumstances justified by the Board and/or the Director of Coaching (DOC)

The Spring tryouts include two sessions for each age group. During tryouts, the MRSC coaching staff observes and evaluates all players. MRSC expects all of its existing players to participate in tryouts each year. No player is guaranteed a spot on the roster for the subsequent year and must participate in tryouts and earn a position on each team. Players will be notified of the results of the tryouts once all of tryouts for the program are completed. In addition to the annual tryouts in the Spring, individual teams may hold supplemental tryouts at other times during the course of the year.

All teams under MRSC are professionally trained and coached.

Except in extraordinary situations (such as the absence of a trainer or other occasions such as calling a parent manager to assist to an injured player), parent managers are prohibited from the player’s sidelines. Trainers as well as Parent Managers have passed a background check, and completed two courses on dealing with injured players as well as a concussion course.

Please refer to the Parent Code of Conduct.

Playing time may be more or less than that of another player on the team and will be determined by the Trainer.

“There are great life lessons to come out of this experience. One is the need to compete and earn your playing time. In our program, you earn playing time based on several measures: attitude; talent; effort in practice and games; your desire and ability to learn; how well you mesh with your teammates, in terms of both personality and the way you play together as a unit; how much you improve skills; and how well you understand and embrace your role.”

“MRSC is aware that every player wants to play as much as possible, because it’s fun, maybe because you want the status of being a starter, and because you are confident that the more you play, the more likely you are to contribute to the team’s success. Just keep in mind that there are many ways to contribute.”

“That may not be easy to accept, but it is a reality players will face again and again in sports and in other aspects of life, especially in your work lives. We start preparing you for that reality here. It’s part of the roles of a responsible trainer to help you understand and adjust. If a parent or player, have questions about playing time, please let the DOC know, privately and more than 24 hours before or after a game.”

Each team will train at least two times per week during the Fall and Spring. During winter practices are once per week. Training sessions during Fall/Spring are conducted between Monday and Friday, starting no earlier than 4:00 pm and ending no later than 10:00 pm (for our High School age groups). Attempts are made to schedule training sessions as conveniently as possible for each team (see policy regarding Cross-Training).

Except when conflicts with school ending times preclude a timely arrival, players are expected to arrive prior to the “official” start of practice. Trainers will expect players to arrive in the Mahwah Raiders Training Kit – yellow jersey, black shorts, white socks.

Trainers will prioritize players who arrive on time for each week’s practice sessions and games in determining starting line-ups.

MRSC recognizes and encourages children to play multiple sports. In addition, we understand families and players have a busy schedule. At the same time, the Club recognizes that as a team sport, it needs to balance the commitment of players who prioritize soccer relative to players that prioritize other commitments.

We understand there will be situations where players are unable to attend their team’s scheduled training sessions due to conflicts with your personal schedule. To maximize each players training and player development within the program, we encourage our players to cross-train with other teams in the program during their outdoor training sessions when you cannot attend your team’s outdoor training session and take advantage of the depth of the program and coaching staff. For example, if a player on one Girls team has a conflict with their session due to a school function, they should attend another Girls practice or possible a Boys team session (SIMILAR LEVEL/FLIGHT). If you decide to take advantage of this element of the program, the player must: (1) obtain approval from the DOC and trainer to attend sessions with another team so they know that you are making up sessions with another team and, (2) obtain approval from the trainer of the team that you are cross-training with so they can plan their session accordingly.

MRSC strongly supports the approach that kids play at their age appropriate level and believes that most players in the program will develop better at their age appropriate level. However, the club recognizes that some players may be physically and psychologically ready to be considered for the next age level within the club’s competitive team structure. During the annual tryout process held in the Spring, the Director of Coaching and the Trainer staff will evaluate all players that wish to be moved up an age level and will determine whether or not the player will play at the next age level. MRSC coaching staff will make these decisions at their discretion. Players that are approved to play up at the next age level are approved for one year. The following year, all players will be required to try out for their appropriate age group.

By accepting an invitation to join the Club, the player commits to playing in the Club for the entire soccer year. Any player or parent found to be actively recruiting MRSC players to transfer to another soccer organization will be suspended for a minimum of one year and may be further disciplined by the Board of Directors. In instances where a parent is directly involved, and has more than one player in the Club, the suspension will be extended to include all other family members. 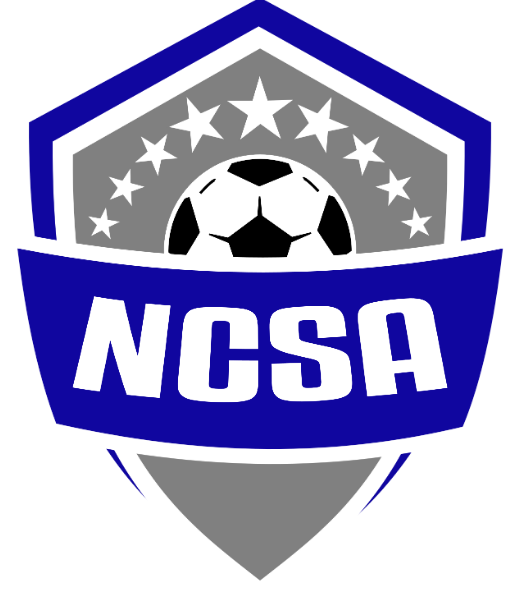